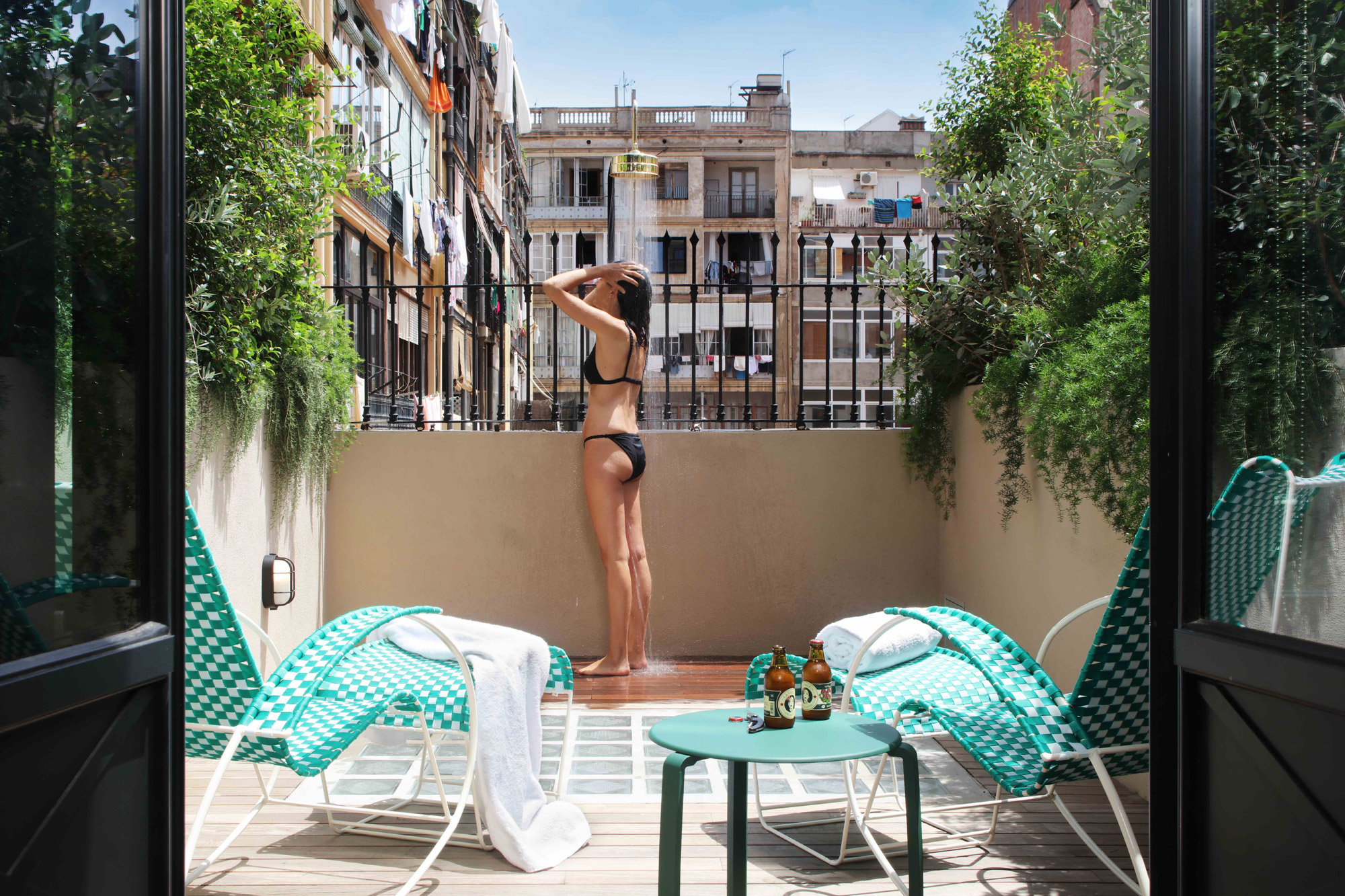 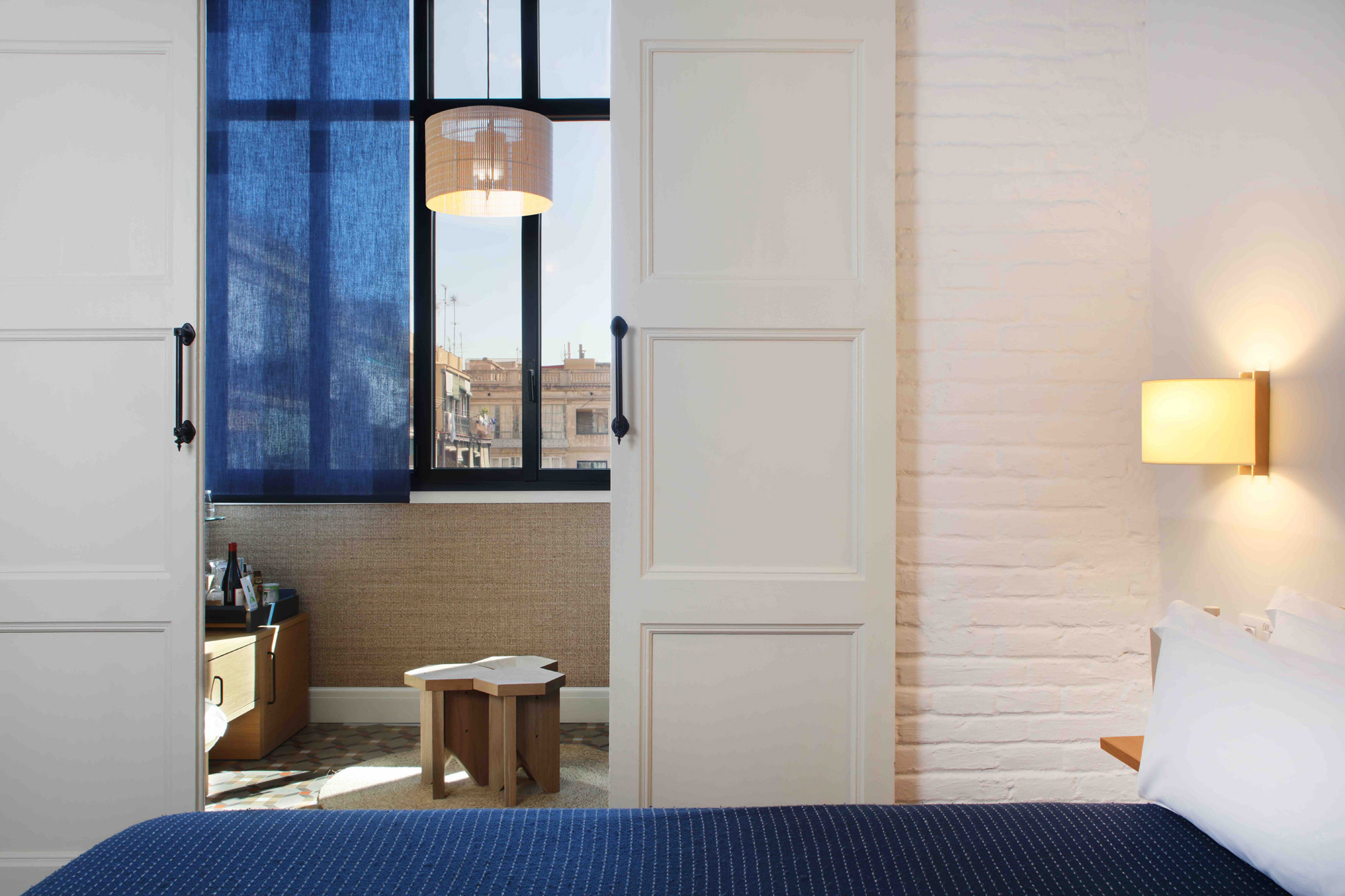 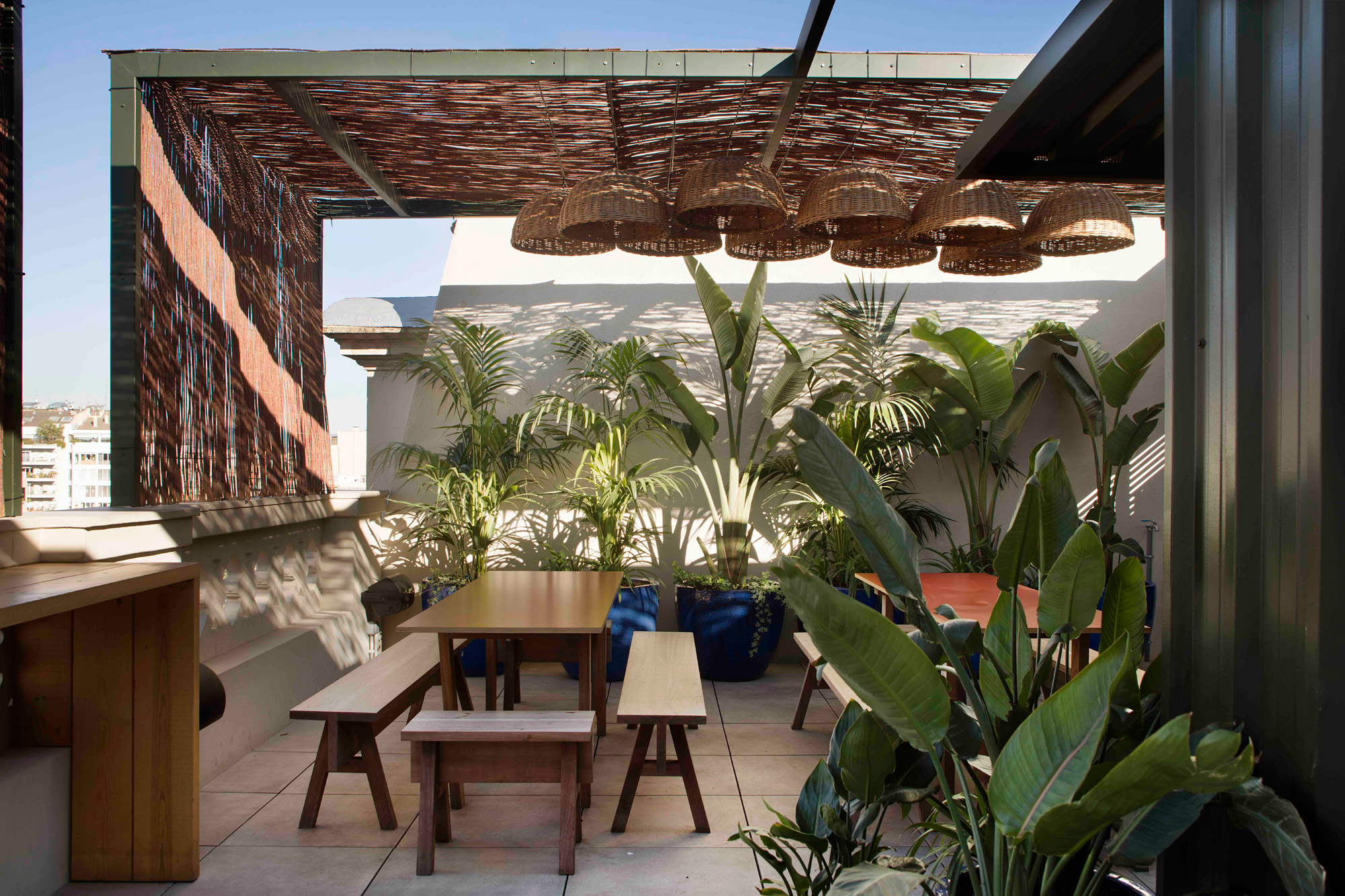 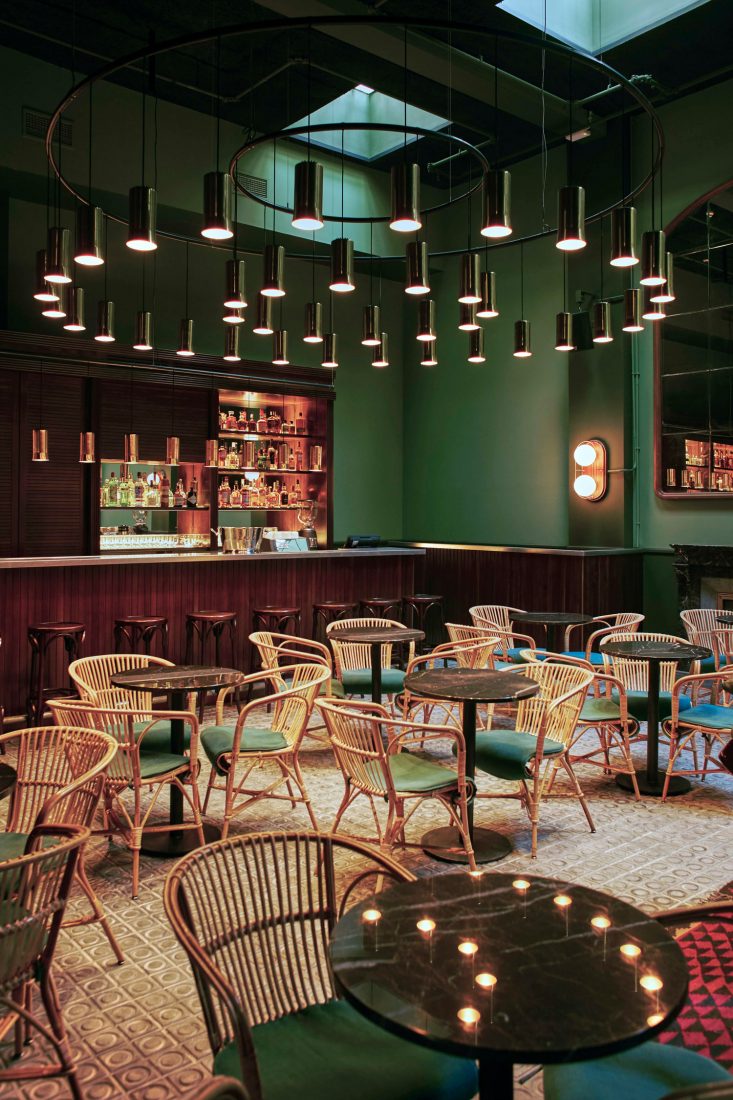 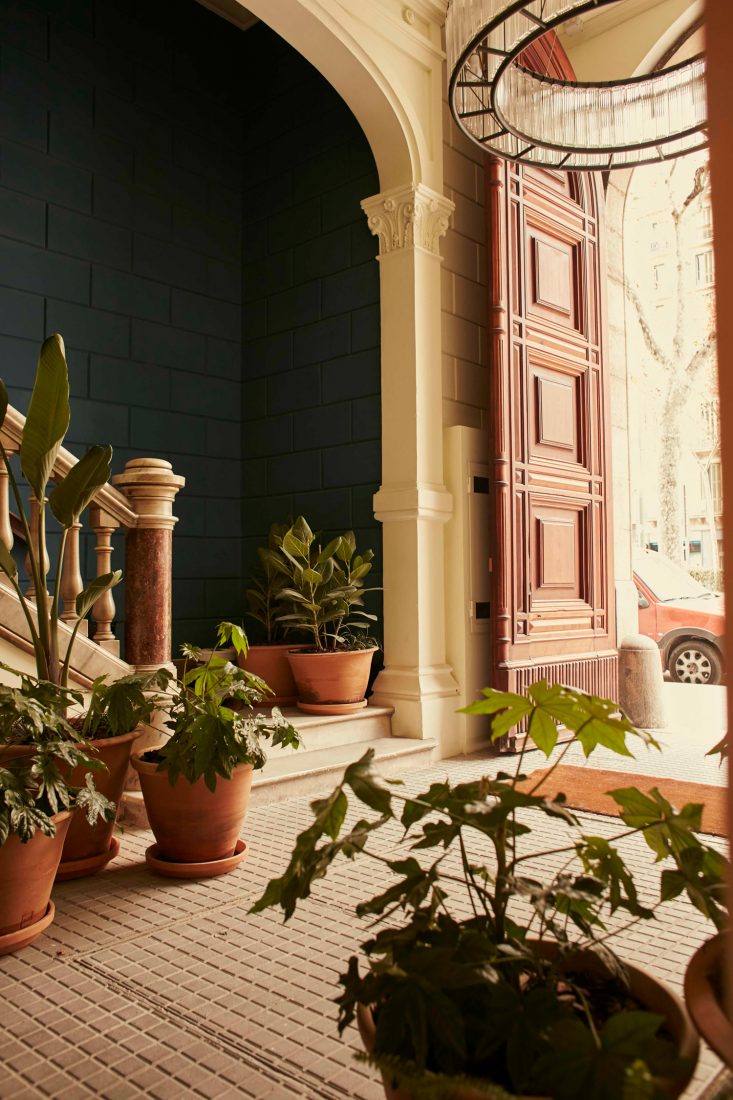 Barcelona’s Eixample district is famous for its chamfered city blocks and its signature art nouveau buildings along the Passeig de Gracia. But in recent years, an influx of trendy restaurants, cafés and boutiques have made it an alternative destination to the city’s well-known sites and attractions.

So it’s no wonder that co-founders Inés Miró-Sans and Luis Rullán chose l’Eixample to open Casa Bonay, an independent hotel housed in a neo-classical building in the district’s Dreta neighborhood.

Taking over two years to restore the existing building, originally built for the Bonay family in 1869, co-founders Inés and Luis called on Brooklyn-based design firm Studio Tack to reimagine the existing house while retaining elements of the original character of the building: sliding doors, tiled floors in the rooms and even the doorman’s original cabinet were all restored, staying true to the founders’ vision for the space.

Today, Casa Bonay is home to 67 guest rooms, a restaurant, a coffee shop, a cocktail bar and a rooftop terrace – all inspired by the diversity of Mediterranean culture.

At the heart of Casa Bonay is Libertine, a space for locals and guests to work, eat and socialize. Here, visitors are served breakfast, cakes and tapas throughout the day, while finishing the night off with some signature cocktails created by mixologist Santiago Michelis.

During the summer, the hotel’s rooftop bar, El Chiringuito, serves food and drinks while a separate rooftop space features an orchard and herb garden accessible only for guests.